What if Planescape: Torment was a MMO? 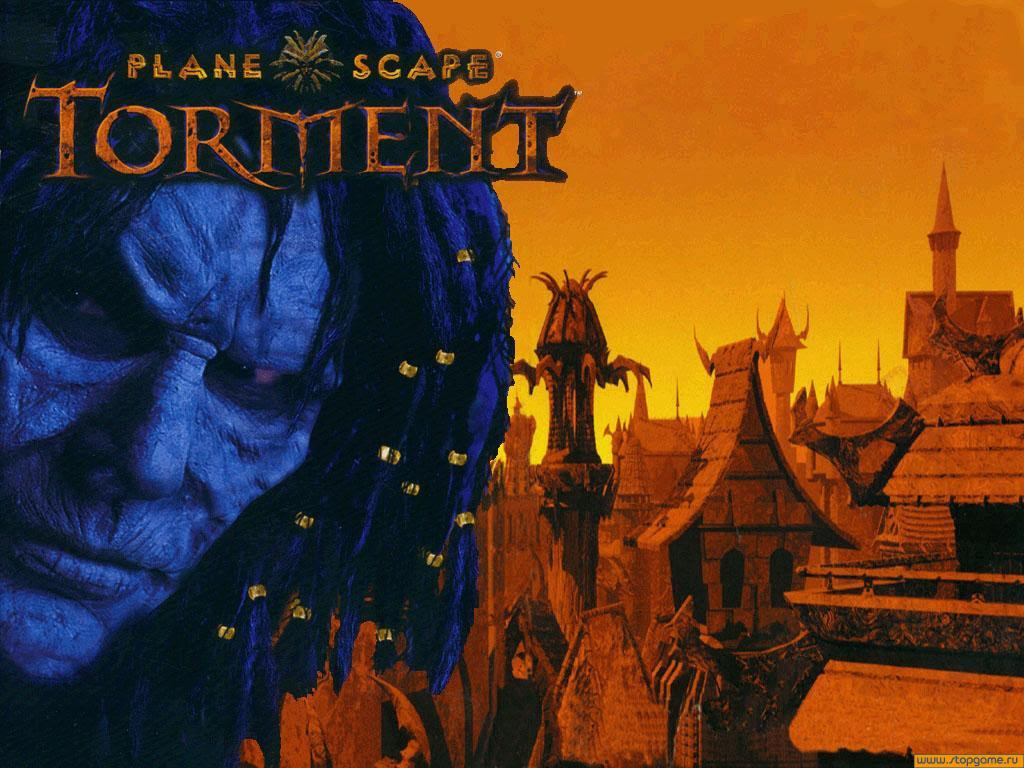 Today, I address one of my greatest of dreams: What if Planescape: Torment was a MMO?

Planescape: Torment, if you are somehow unaware, is the best written videogame of all time.  As a lover of poetry and philosophy, the world of Torment is full of references and allusions to ideas made real.  As a lover of games and RPGs, Torment is the truest expression of games having true literary merit.  The story is simple: An immortal who loses anywhere from bits to full chapters of his memory whenever he "dies", seeks to find an end to his torment.

However, the way this tale plays out is nothing sort of awe-inspiring.  The world of Planescape: Torment is a multiverse where all ideas go to exist and co-exist.  It is a place where the metaphysical is made physical.  In his journey, the Nameless One (the protagonist of the game) meets people he has loved and betrayed, places he has lifted up and places he has destroyed: his journey is an odyssey through worlds that have bent their knee to embrace his existence, as damning and cursed as it is.

The active part of the gameplay of Planescape: Torment is regrettably dry.  Being based on classic D&D, it has a similar feel to most rpgs of that era, but far less customizable. However, if you are like me, and consider conversation choices, and unlocking new skills, stat bonuses, and ablities, through speech and exploration, as gameplay, you wouldn't go wrong with playing this game.  It is one of the few games where the vast majority of the combat can be avoided through the right speech choices or a basic stealth game.

But why would this make a great MMO?  Well, the world is so rich, dense, and amazing, that a MMO could quite literally be anything and almost anywhere.  The central location of Torment is Sigil, the City of Doors, and it functions as a nexus to all possible worlds.  Many of those other worlds are allusions to whole philosophies or are functionally similar to the pantheons of various world religions.  It truly is a setting so vast as to be infinite in scope and limited only by time and money.

The world is so fascinating that you do not even need to bend it to create an excuse for a MMO.  Where as a game like Ultima Online involved shattering the single-player world into a thousand separate ones, each capable of housing you, the player, Planescape does not need to go that far.  It would be perfectly reasonable to have every new player be The Nameless One all over again, if you wanted. That may seem strange, but in a world where simply giving a fake identity a multitude of times actually wills into existence a person of that identity, anything is truly possible.

As far as how it would all play, I am less sure.  In my head, the game translates perfectly, simply because I am so invested in the world, its characters, and its beliefs.  As I said, however, the gameplay on the active side leads a lot to be desired.  Of course, that also means that a new game could be open to any number of approaches, from skill-based to level-based or action-based to tactical.  If you do not forsake the elements of exploration and conversation, and find a way to keep them as central (if not more so) than the combat, then how the combat itself plays is hardly relevant.

Honestly, the setting lends itself so well to both sandboxes and theme parks that a loose copy of Ultima Online with a more modern sensibility of story telling and elements of instancing would be enough for me.  The key to a Planescape: Torment MMO would always be the participation in the world, the experiencing of experiences that can only be told in such a world, and re-visiting a videogame legend in a more social capacity.

After all, half the fun of the MMO genre is the world building, and derivative Tolkien lands or visiting another tired Sci-Fi IP is getting a little old.  Instead, let's open a door to the multiverse.

In closing, I leave you with a selection from one of my favorite poems, Swinburne's 'Dolores' (which a central secondary character from Planescape is inspired by):


And the chaplets of old are above us,
And the oyster-bed teems out of reach;
Old poets outsing and outlove us,
And Catullus makes mouths at our speech.
Who shall kiss, in thy father's own city,
With such lips as he sang with, again?
Intercede for us all of thy pity,
Our Lady of Pain.

Email ThisBlogThis!Share to TwitterShare to FacebookShare to Pinterest
Labels: what if

This blog is a part of the Newbie Blogger Initiative